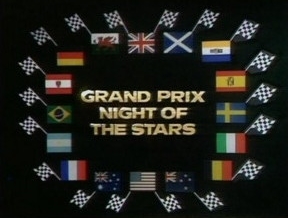 In the week of Britain’s round of the World Motor Racing Championship - The British Grand Prix stars from the world of entertainment and the world’s top Grand Prix drivers share the stage at the Royal Albert Hall.

Lena performs a live version of This Is My Song, and is then serenaded by Henry Cooper and Barrie Gill, with their version of Lena, My Little Honey Lena.