The Glasgow Herald reported on Lena Zavaroni appearance in Edinburgh (on the 18 October 1976) with the Under-Secretary of State for Scotland, Harry Ewing, to help launch a firework safety campaign. 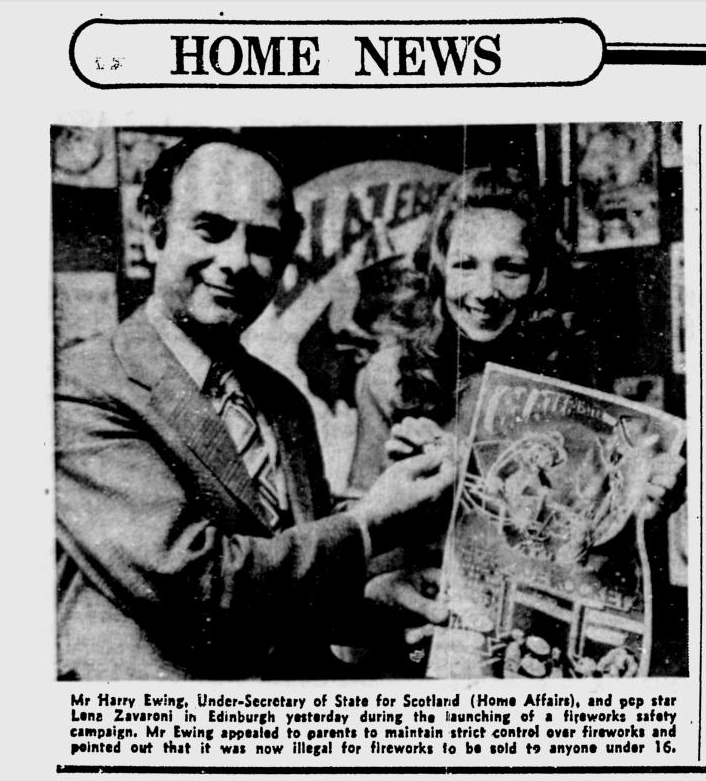 Mr Harry Ewing, Under-Secretary of State for Scotland (Home Affairs), and pop star Lene Zavaroni in Edinburgh yesterday during the launching of a fireworks safety campaign. Mr Ewing appealed to parents to maintain strict control over fireworks and pointed out that it was now illegal for fireworks to be sold to anyone under 16.