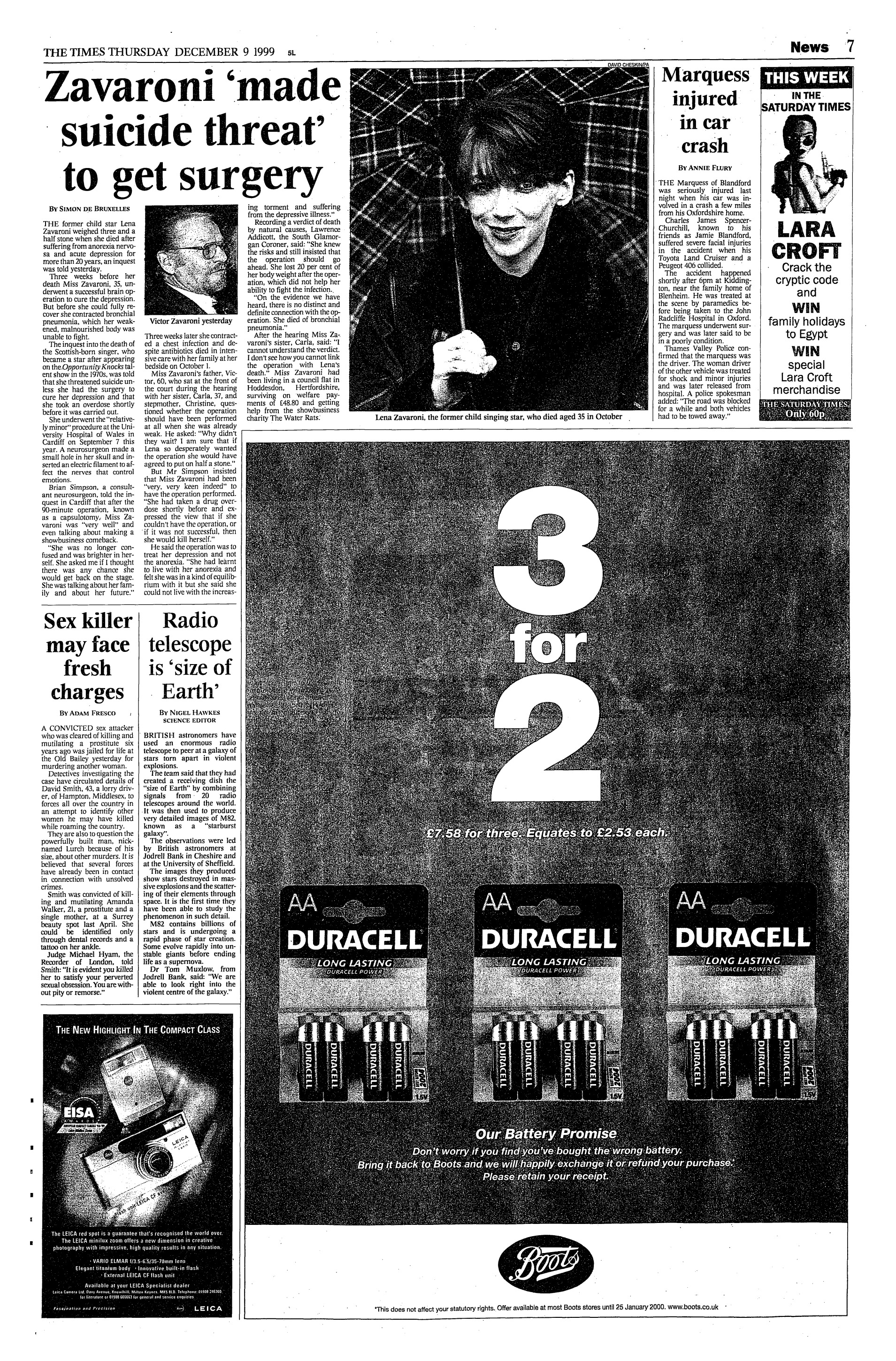 Neurosurgery for Mental Disorder is covered by section 57 of the Mental Health Act 1983, which covers all patients, whether voluntary or detained under another section of the Act (sectioned). Under section 57, neurosurgery can be given only if all three of the following requirements are met:

Your consent must be given free from undue pressure and with sufficient knowledge of the purpose, likelihood of success, risks and alternatives of the treatment.

Could it ever be performed without my consent?

A threat of suicide does not justify surgery, it would have justified sectioning Lena under the appropriate sections of the Mental Health Act.

So was the suicide threat used just so the surgeons could justify performing a surgical procedure that they wanted to try out but under usual circumstances they would not get to perform.

Did Lena give them the opportunity they had been waiting for and so they used the threat of suicide as a reason to perform a unjustifiably surgical procedure, after all they could have and should have sectioned her.

So was the sectioning of Lena not a option for the surgeons as it would have denied them opportunity of carrying out the surgical procedure Neurosurgery for Mental Disorder (NMD).

Did their desire to carry out the surgical procedure override the true needs of their patient?

I don’t see how the inquest support the surgical procedure going ahead how was Lena’s behaviour evidence of an individual making an informed choice.

I am sure the terms of section 57 of the Mental Health Act 1983 for England and Wales was broken.

Also see comments on the Mental Health Act 1983 - England and Wales made in this websites Lena Zavaroni’s biography section.