Alison Smith, fund co-ordinator for the memorial on the Isle of Bute, said: "Some friends and I decided that a monument to Lena Zavaroni was needed in Rothesay. The unveiling today marks the culmination of two years’ work".

Note: The photos below were not part of The Herald’s article they have been added here for reference. 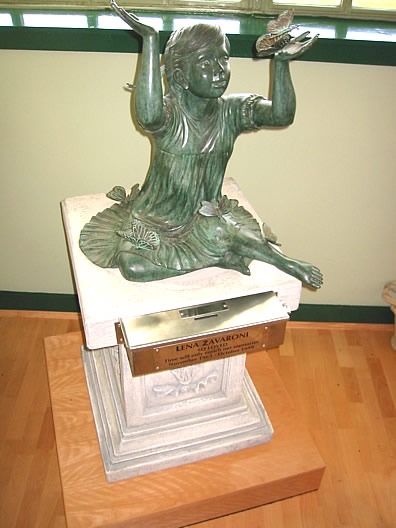 Time will only enrich our memories

Article Warning: Personal views may be upsetting to some fans.

The monument that’s not a monument

While Alison Smith did her best to provide a monument in spite of the lack of funds adding a plaque to a statue found in a garden centre is hardly a fitting monument for such a great star as Lena Zavaroni undoubtedly was.

Unfortunately the article does not mention if she approached Argyll and Bute Council to see if they would contribute to the monument of a star that had help put Bute on the map as it were, it was the least Lena’s hometown could have down.

While Victor and Carla attended the opening, we don’t know if Alison approached Victor for help with the funding, as Lena’s father I would have thought he could have use some of the money from the inheritance he received after his daughter’s death to insure a more fitting monument.

Our memories can only be enrich if we take the time to share them otherwise they will just become forgotten. 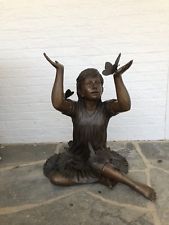 Note: Sadly The link no longer goes to the related Statue on eBay but now redirects to an eBay search.