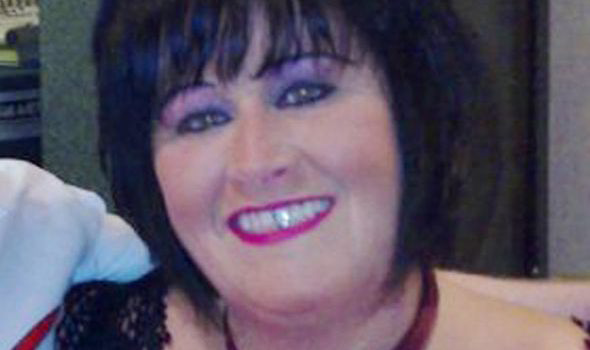 Note: The photo of Margaret Zavaroni was lifted from her Facebook Page by the Daily Express, which implies a phone call instead of a face to face interview.

Part of the Article

Websites promoting anorexia and other eating disorders have become such a concern that they face a ban under French law.

These sites are encouraging the young ones to stop eating. They should absolutely be stopped. Margaret Zavaroni

by Greg Christison for the Daily Express, 20 April 2015 ← follow the link for full article

My view of the Daily Express article for 20 April 2015

In the article by The Daily Express it is not clear if Margaret Zavaroni contacted the press or the press contacted her.

This matters as how a reader would view this article would be influence by who contacted who.

From the tag line (Family of child star Lena Zavaroni call for ban on anorexia websites) we are already mislead It states Lena’s Family but as we read on it is in fact just one family member Lena’s cousin Margaret.

As we read on it feels like Margaret Zavaroni is just responding to questions put to her by the reporter. Which is why it matters about who contacted who. If as it feels the reporter contacted her then there is no real story and the reporter is creating one. Which begs the question where does reporting start and story making end?

But if in fact Margaret Zavaroni did contact the press then the question is why and what response is she expecting?

If she really wishes to ban the pro-anorexia websites, why has she not started a campaign or created an Online ePetition as of this date I have not seen or heard of any campaign and the Daily Express: Scotland article does not mention one.

As for Lena’s anorexia that was as much to do with her manager and members of the various TV programmes she worked on telling her that she was too fat and that they could not get clothes to fit her and the interviewers that thought it OK to ask a child such questions.

What action did her family take to prevent that abuse as abuse is exactly what it was?

This article creates many questions not just about anorexia but also about if a report is a report or a created story and also opens up again the question of Lena Zavaroni’s abuse and why to this day nobody has been investigated and or charged with her abuse.

I left my views above on the comment page for the Daily Express’s comment section of this article but after years the moderator of the website has yet to add the comment or get back to me.

I felt at the time of the article that it was a non-story as I have yet to see or hear any related details and I felt/feel if it was a real report that Margaret Zavaroni would have been making more noise about it.