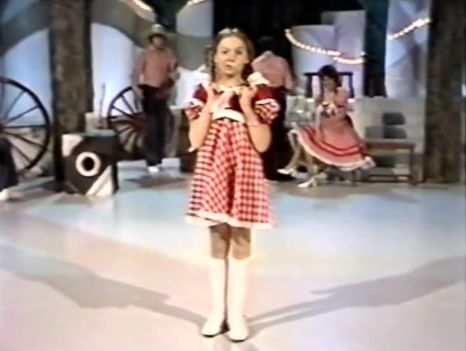 Lena sits on the stage and sings Oh My Papa.

Lena performs the Tennesse Wig Walk as the rest of the cast look on.

Lena, the Bachelors and the Vernons then perform a song and dance version of Skip To My Lou together.

Note: For their performance on the show they were introduced as The Hills Brothers, but are not brothers.