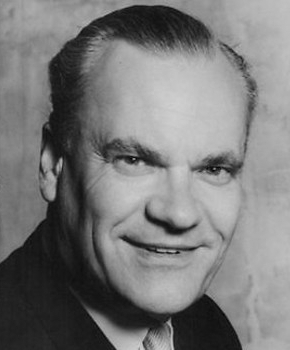 Harold Fielding was one of Britain’s foremost theatrical producers who produced several musicals, including ‘‘Mame’’, ‘‘Charlie Girl’’, ‘‘Half a Sixpence’’, ‘‘Show Boat’’, ‘‘Scarlett’’, ‘‘Barnum’’, ‘‘Sweet Charity’’, ‘‘The Biograph Girl’’, and ‘‘Ziegfeld’’. He also produced "Music for the Millions", a touring variety show.

The son of a stockbroker, Fielding was born in Woking, Surrey and educated privately. As a child prodigy, he studied violin with Josef Szigeti. He also handled Tommy Steele’s early career, and commissioned ‘‘Half a Sixpence’’ for him.

He was interviewed by Sue Lawley on Desert Island Discs on BBC Radio 4 on 17 June 1990.

Fielding married Maisie Joyce Skivens in 1955, and was widowed in 1985. They had no children.

He suffered a series of strokes in 1998, and retired to a private nursing home in Kingston-upon-Thames, where he died.

Harold Fielding played a large part in the career of Lena Zavaroni by providing her with regular appearances to headline his Sunday night shows at the Blackpool Opera House.