While in South Africa Lena Zavaroni record the album.

It was released in South Africa by the Record and Tape Company in 1975 to coincided with her trip to South Africa.

If anyone can confirm if she recorded this album while in South Africa or if it is a complation of tracks from her first two albums I would be greatful. 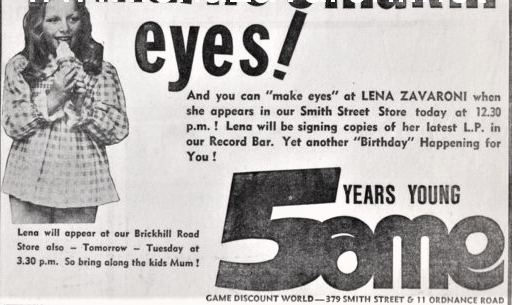 Lena made two personal appearances at Game Discount World, Durban, South Africa where she signed copies of the Album.