Lena opens the show with the cast in the Studio, and then the Crystal Palace Sports Centre, with a song and dance version of the Hi Summer theme song. 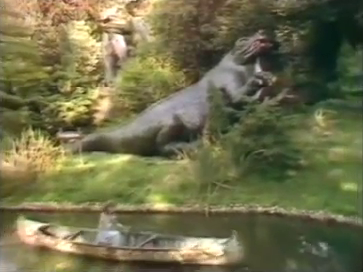 Screenshot: Next she appears, paddling a canoe in the Dinosaur section of the Lower Lake of Crystal Palace Park, singing I Had A Brontosaurus.

Later she performs I’m Gonna Run Away From You whilst skipping. 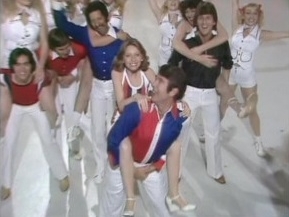 Screenshot: Lena ends the show getting a piggy back ride from Leslie Crowther, as the cast say goodbye.