Billboard Newspaper had a couple of articles that referenced Lena Zavaroni.

Lena Zavaroni’s single Ma! (He’s Making Eyes At Me) was at number 5 in the South African charts. 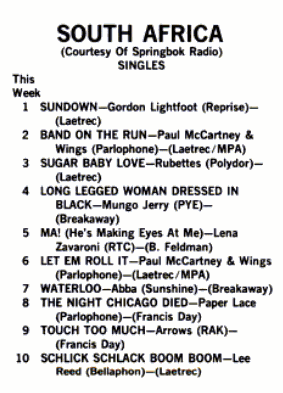