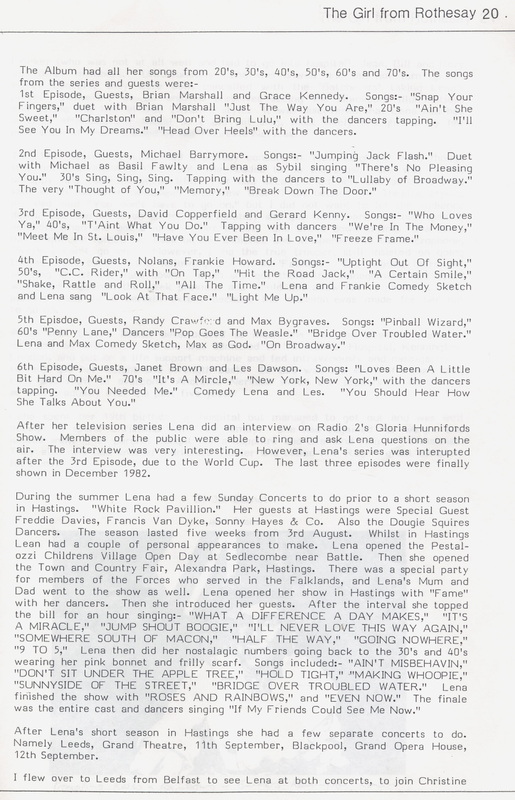 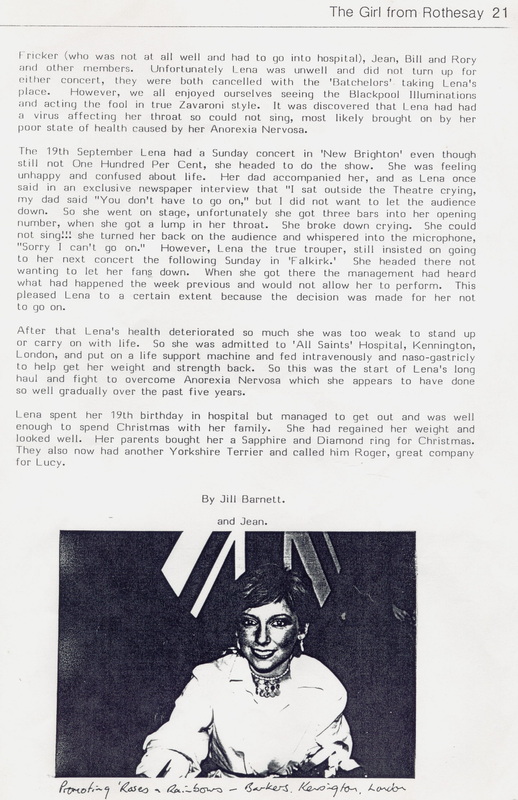 The 19th September Lena had a Sunday concert in “New Brighton” even though still not One Hundred Per Cent, She headed to do the show. She was feeling unhappy and confused about life. Her dad accompanied her, and as Lena Once said in an exclusive newspaper interview that “I sat outside the Theatre crying, my dad said “You don’t have to go on,” but I did not want to let the audience down. So she went on stage, unfortunately she got three bars into her opening number, when she got a lump in her throat. She broke down crying, She could not sing!!! she turned her back on the the audience and whispered into the microphone, “sorry I can’t go on.” However , Lena the true trouper, still insisted on going to her next concert the following Sunday in “Falkirk.” She headed there not wanting to let her fans down. When she got there the management had heard what had happened the week previous and would not allow her to perform. This pleased Lena to a certain extent because the decision was made for her not to go on.