Performances by Lena Zavaroni include: 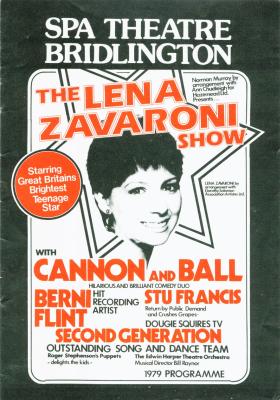 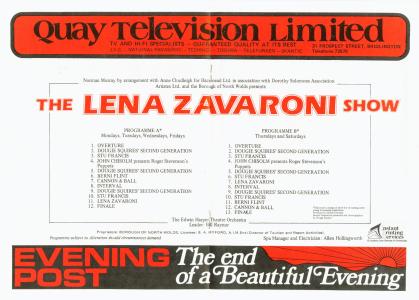 Flyer and Example Of The Postmark Used To Promote The Show: 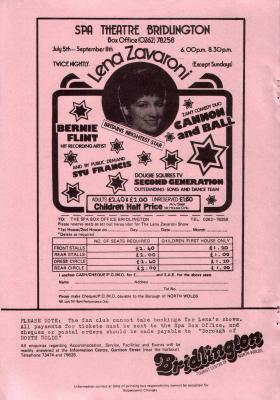 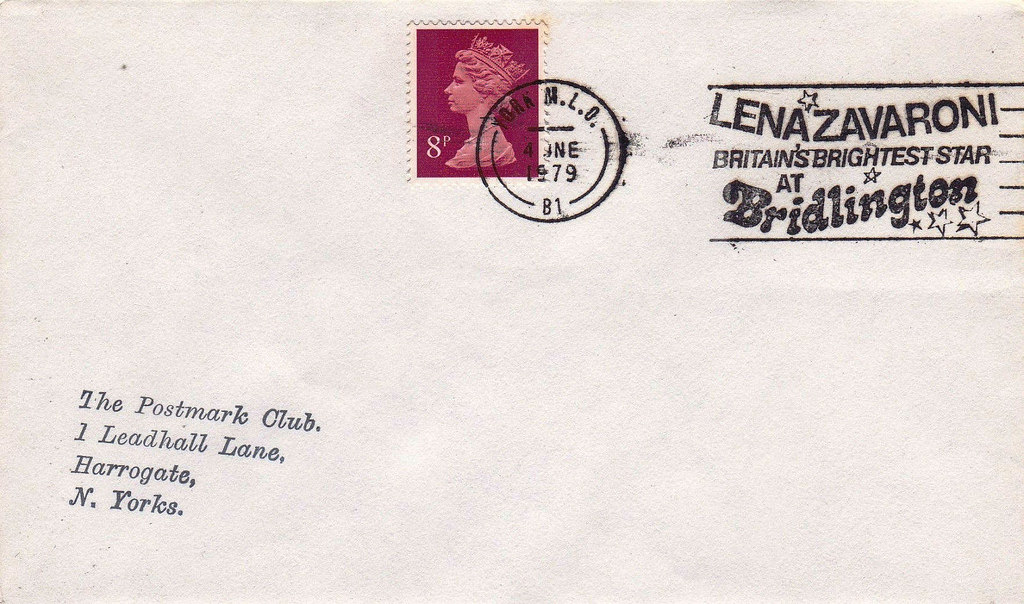 About this time in 1979, with school holidays and Lena's summer season in Bridlington due to start in the next couple of weeks, British Rail used Lena to advertise the local Train service to Bridlington.