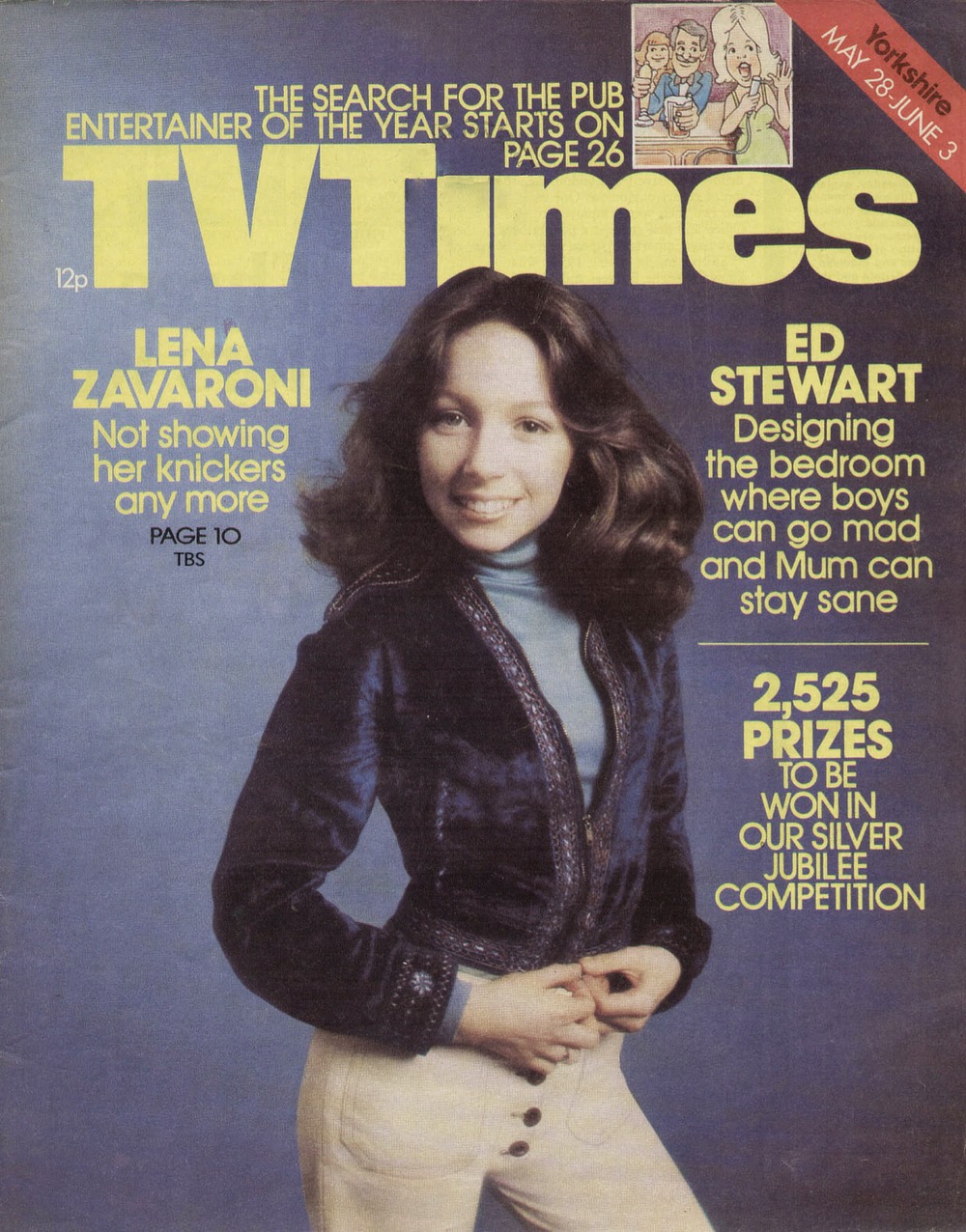 Front cover and two page article inside to promote Lena’s appearance on You’re Never Too Old.

Lena reveals that she is now 4’10" tall, gets £5 a week pocket money [1] with a pound a week extra [2] if she keeps off fatty foods like spaghetti and sweets.

She says that she hates arithmetic and ballet, and had a boyfriend recently whom she ‘bonked’ on the head. She also predicts that she’ll get married when she is 26 [3].

Insert From The Listings Page